It was thirteen years ago that I first picked up a copy of Jan Fennell’s revolutionary book ‘The Dog Listener’ and discovered that, even though I had grown-up with dogs (and horses) and believed I understood them, things were not, in fact, quite as they seemed!

My own dog had recently started showing signs of aggression towards people, culminating in him nipping a child – every dog owners worst nightmare! I was seeking answers and solutions to this very serious problem and making things all the more confusing, was the fact that Elijah – my two year old Lurcher –  was normally a well mannered and friendly dog. He was extremely well socialised and it came as a big shock when he developed this rather serious problem behaviour!

Fortunately for me, Jan’s books – ‘The Dog Listener’ and ‘The Practical Dog Listener’, were able to reassure me that Eli had not turned into a bad-tempered, aggressive dog, and over the following days and weeks – through a process of understanding and communication – I was able to guide him away from the use of aggressive behaviour.

Many other things improved too, possibly the most significant of which, was Eli’s recall. Although his recall wasn’t bad, it could be a different matter if a hare or rabbit appeared under his nose. No matter how much I shouted and yelled he would not come back, it was as if he couldn’t hear me! I’d tried walking in the opposite direction (like you’re told to do) but he didn’t seem to care and would not return until the hare had disappeared!

Almost overnight this changed, and to this day – thirteen years on – if a hare, rabbit, pheasant or any other startled creature makes off across the fields in front of him, Eli will look at it with interest but then carry on with me. I didn’t have to train Eli not to chase hares, it was just one of the many positive side effects of Dog Listening!

What is Dog Listening?

Pioneered by the world-famous Dog Listener, Jan Fennell, Dog Listening is a natural, force and gadget-free approach to living and working with dogs. By understanding how your dog thinks and how he perceives the world you can influence his behaviour in a kind and positive way and gain the trust, respect and cooperation that makes living with dogs the complete joy that it can be!

Why is my dog behaving in this way?

What is my dog thinking and feeling?

How can I change what my dog is thinking and feeling, so that he won’t behave in this way?

After observing the dogs direct ancestor – the wolf – in captivity and in its natural environment and then seeing this behaviour replicated in her own pack of dogs, Jan Fennell was able to understand the dynamics of pack life. She saw how individual animals communicated with each other, how they interacted as a group and how they responded to their environment.

With a combination of this knowledge, and an in depth understanding of how domestication – living alongside us – has shaped and moulded the domestic dog (especially in recent years), Jan was able to develop a system of communication between herself and her own pack of dogs.

By using signals – body language, eye contact and actions – that correlate with those that the wolf pack uses, Jan was able to establish a trust-based relationship, inspiring her dogs to – of their own free will – elect her as the leader of their family group; the pack. It is a dog’s belief that they are responsible for their family group, that is at the root of most problem behaviour. By placing herself at the top of the pack hierarchy and taking the role of decision-making away from the dogs, Jan was able to create a calm, harmonious and stress-free family environment.

This method is all about working with the nature of the animal, harnessing the powerful instincts that guide and influence the dogs behaviour. The dog can only behave according to these instincts, it has no choice in the matter and it is only by understanding and working with them, that we can influence their behaviour in a kind and positive way. 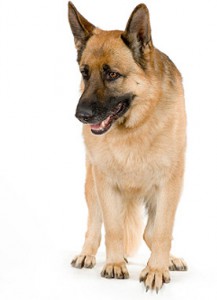