A wolf’s prey can be over 10 times his own size and capable of inflicting serious injury and even death. The process of bringing down this large prey – bison, elk, moose and caribou – involves teamwork, coordination and skill. 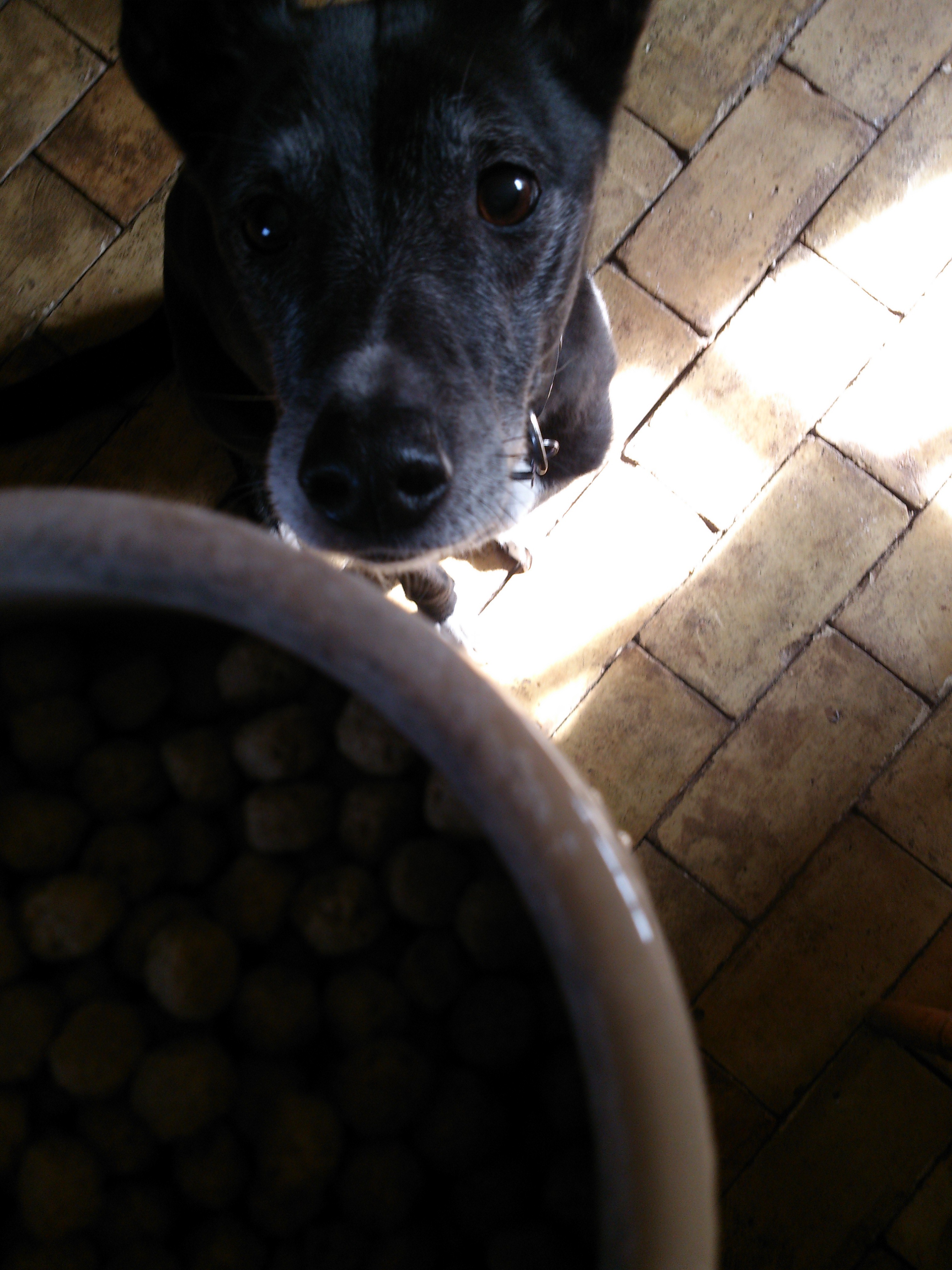 Eli uses ‘self control’ and waits patiently while I put his bowl down.

When they have made a kill the Alpha wolves will feed first, underlining primacy and ensuring that they get the best parts of the kill, to keep them in the best condition, to keep doing the important and stressful job of leader. Once the Alphas have finished eating they move away from the kill and then the rest of the pack will feed according to rank, with senior subordinates eating first and juniors last.

The domestic dog rarely has to work so hard for his supper, in fact, for many the supply of food is steady, often on demand and sometimes constant (food left down). The dog’s innate understanding of hierarchy will lead him to certain conclusions regarding the supply of food and how he comes about it and it is often an area where problems can occur.

Fussy eaters picking at food, aggression and guarding of food, over-the-top behaviour around meals times, dogs who will only eat if they are hand fed – I even heard of one lady who had resorted to feeding her dog lobster!

Dogs are not naturally fussy eaters, they are opportunist feeders designed to feast or famine. If there is food around they should be eating it – wolfing it down – getting it into their tummies before someone else does – they don’t know where their next meal is going to come from!

Problems around food, as long as they are not medical, are almost always associated with confusion about leadership and the associated stress. Many of the dogs that I am asked out to help people with, will have issues in this area. Stress is infectious and the more stressed an owner becomes – because of problems around food – and the more they make an issue of it, the more stressed and confused their dog becomes and a vicious circle is created!

Feeding time doesn’t need to be an ordeal and shouldn’t be controlled by the dog. It is one of the key times when a dog will look  for leadership signals and come to conclusions about pack dynamics. By understanding how a dog perceives this particularly important time and working with his innate understanding of hierarchy, it is possible to regain the power of food, underline our primacy and create calm, successful meal times and happy, healthy dogs.